These days, the majority of the meetings that Inntel organises on behalf of clients involve technology to some degree. At the top end, we’ll be putting together a bespoke meetings management app for a five day conference and tracking the attendees in and out via an iBeacon. At the minimum, we’ll be ensuring checking that a venue’s AV equipment meets the client’s requirements. After all, this is 2017 – and the vast majority of meetings are powered by plugs and batteries.

There was at time when you could open a meeting by taking the lid off your whiteboard marker. Now you need to find a venue that has all of the AV equipment you need in place or take the missing elements along with you, such as projectors, screens, monitors and audio systems. You need to check that the venue has sufficient bandwidth to handle your streaming requirements. Depending on the type of meeting, you may need to arrange for additional power sources (extension leads) to be available – for a training session when everyone needs their own computer, for example. And all of the equipment takes the technicians time to set up and dismantle, so you may need to book the room for extra hours before and after the meeting.

That said, once it’s up and running meetings technology does provide us with cost-effective ways to meet without moving from our seats. Following the 2008 global banking crisis, many companies slashed their travel and meeting budgets and promoted virtual meetings and video conferencing in an effort to cut costs. While the technology was not new it became a renewed focus of interest. After all, it’s much faster, easier and cheaper to organise meetings with distant colleagues and customers over an Internet connection than to arrange for everyone involved to be in the same room. And with superfast connections and high definition images now considered standard, the major drawbacks of the earlier technology have long been overcome.

It’s the shape of the future

The younger generations in particular expect meetings to involve technology. Anyone born after 2000 will be used to scanning five screens at a time, so it takes a lot to hold their full attention and a flipchart of bullet points is unlikely to compute. Meanwhile the older Millennials (those born between 1982 and 1999) use technology to learn, communicate and socialise – all three of which happen in the best of meetings. 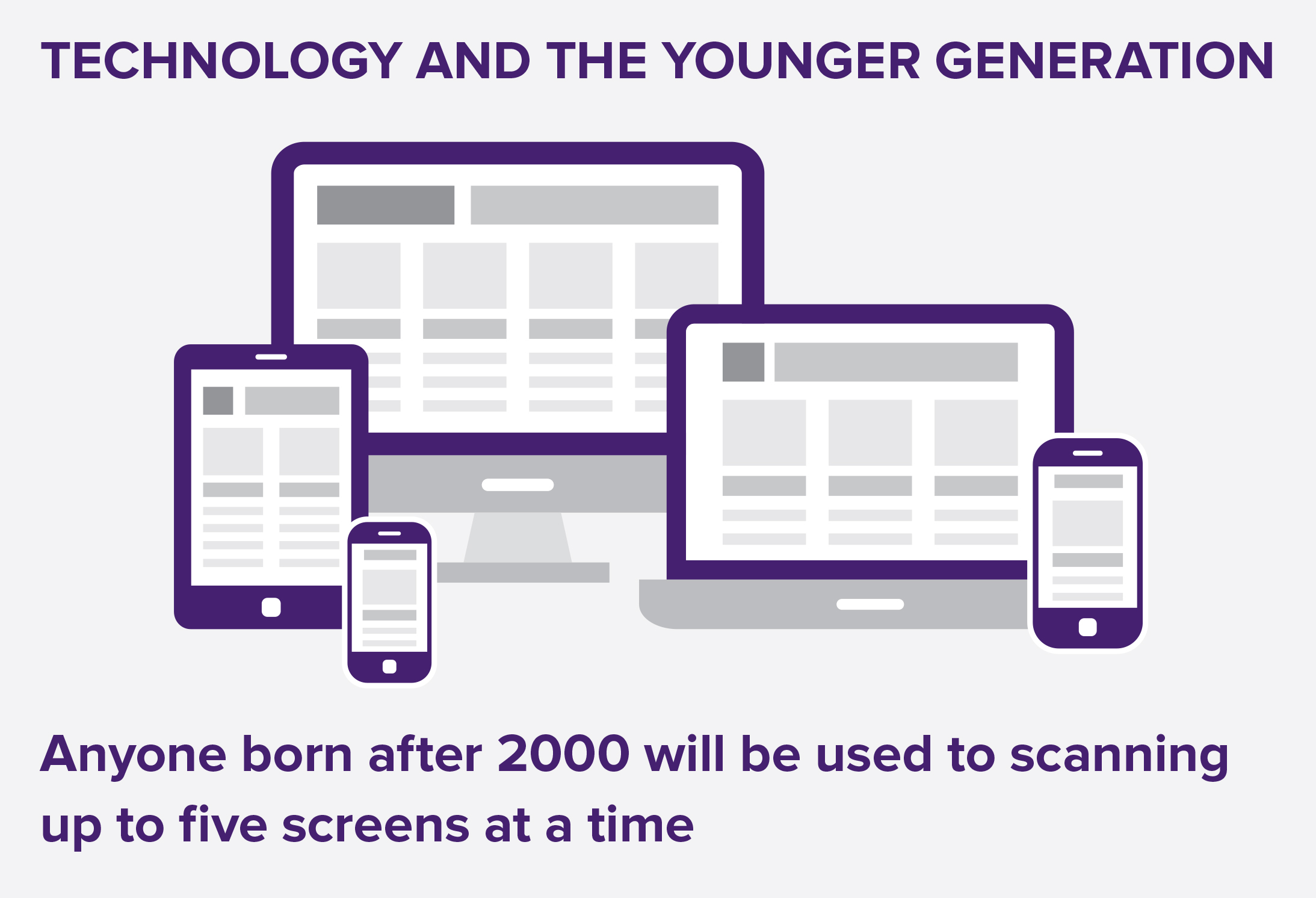 To summarise, these days we are investing time and money in delivering technology-rich meetings for people who are increasingly at home in a hi-tech environment. So here is the question: as our meetings evolve into dazzling cinematic events, what does this mean for our audiences?

The year after the banking crisis, American business magazine Forbes surveyed 750 executives for a state-of-the-industry piece (Business Meetings: The Case for Face-to-Face, Forbes Insights, 2009) and reported that 59% had seen their use of technology-based meetings increase. However the majority also expressed concern that attendees were not fully engaged with these virtual meetings – and 58% admitted that they frequently checked email and did other unrelated tasks during digital meetings. 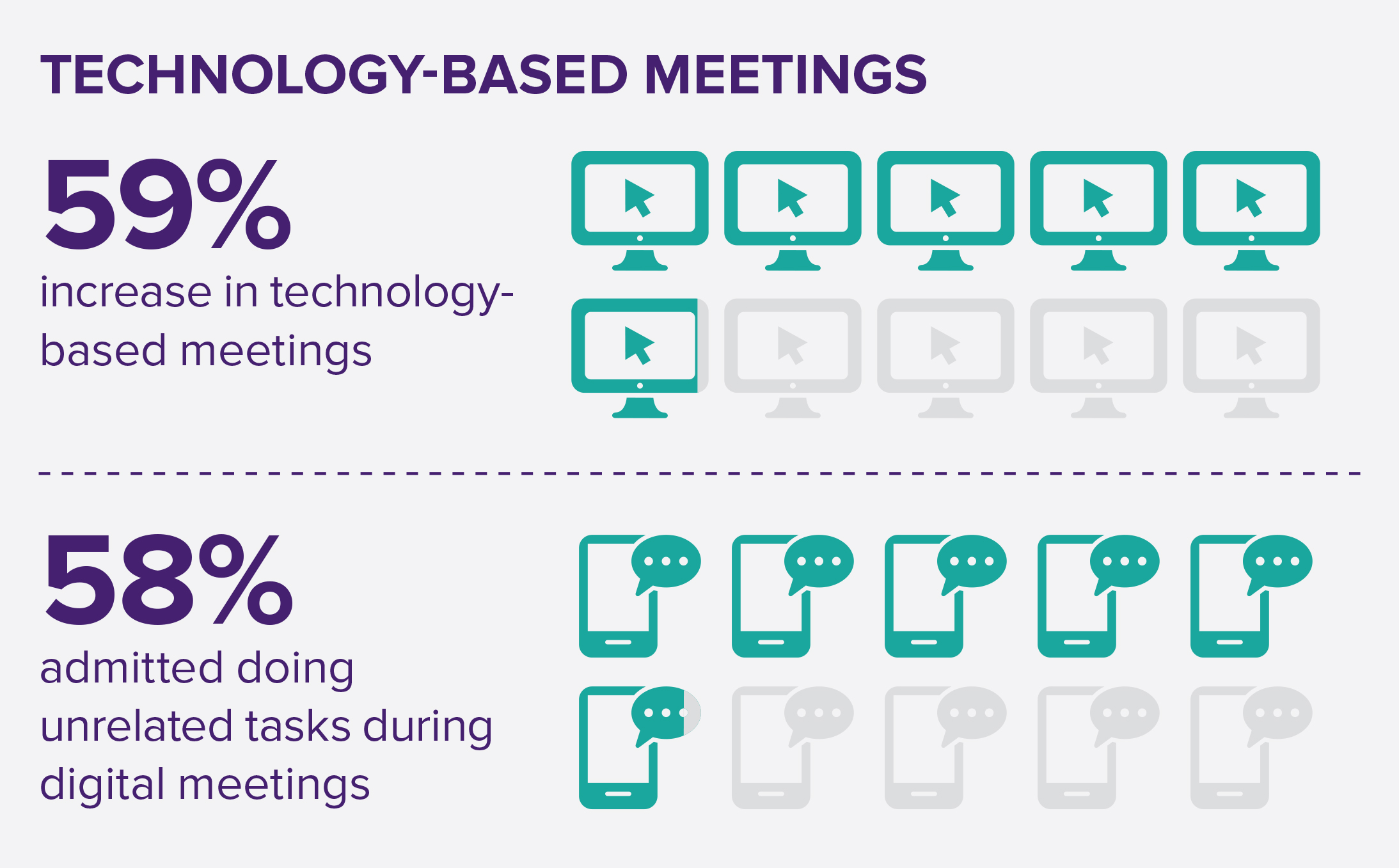 According to a study by psychologists at Princeton University (The Pen is Mightier than the Keyboard, Mueller and Oppenheimer, 2013) students who took notes on their laptops had ‘impaired learning’ compared to those who took notes by hand. The authors concluded that laptop note takers tended to write what they heard rather than processing the information and summarising it in their own words.

In the Forbes study, over 80% of the 750 executives surveyed said they prefer face-to-face meetings over technology-based ones because they enable the participants to develop stronger (and therefore profitable) relationships. You don’t have to be a psychologist to know that body-language and gestures can say a lot more than words, and these kinds of clues are missing in video exchanges. Facial expressions are also harder to read in two dimensions, and it’s likely that people who are used to communicating over screens have developed the facial equivalent of a ‘telephone voice’ anyway. In another study carried out for Hilton Hotels (Why Face-to-Face Business Meetings Matter, 2009) the researchers investigated the relative merits of virtual and face-to face meetings and concluded that conference calls were satisfactory as long as companies just wanted to convey information or get a quick response to something. If there were more complex matters on the agenda, requiring persuasion and consensus, then face-to-face meetings would be preferable.

Reducing spend – at what cost?

Now that virtual meetings are commonplace, companies may find it more difficult to justify face-to-face meetings in an increasing number of cases. The executives who said they preferred virtual meetings in the Forbes study highlighted the time saving (92%) and cost saving (82%) as well as the location flexibility (76%). To this we would suggest that employees themselves will find it harder to engage with people they have not connected with at a deeper level than a digital link. If studies are showing that you get more engagement between people who meet face-to-face, then it may be that employers will need to fund real-life get-togethers before switching to virtual meetings to ensure the working relationships between the parties get off to a good start. Online dating may get people together but it’s the first meeting that makes or breaks a blossoming romance. In the same way it’s the people who drive business forwards, and people are social animals.

Get the measure of your meetings

No-one would deny that virtual meetings are a cheaper option for businesses. But in the same way that better quality, more expensive products may have a lower cost of ownership over time, it could be that the costlier face-to-face meetings will lead to more significant results or rewards further down the line. Depending on the nature of the business, companies may find it useful to do long-term follow-ups on face-to-face meetings to see if the benefits are evident in new sales, customer retention and other key performance indicators.

This article came from out Industry Report 2017. To get your copy which includes all our research articles, click here.